For Freud, the condition of agoraphobia could be defined in terms of ‘boundary confusion’ – a subconscious failure to distinguish between the private and the public, the desires of the home and the reserve and decorum of public places.

In the nineteenth century city, encounters with solitary women in public were fraught with their own boundary confusion. ‘Respectable’ women were not to be found on the street, therefore all women encountered there were to be considered ‘street walkers’.

It is interesting, then, that, to the agoraphobic patient, the glow of the red light district offered comfort. The German psychiatrist Carl Westphal described how sufferers of the condition would be drawn to prostitutes “not so much for sexual reasons but as a source of security when faced with the threat of public places.”

In these photographs, the red light (called the ‘safelight’ in the photographic darkroom) acquires further layers of meaning. The colour, once cast by silk lampshades in houses of ill repute, hints at the safety, homeliness and femininity of a private encounter, as well as the anxiety and danger associated with the city; a physicality both threatening and comforting at one and the same time.

Here turn-of-the-century women (re-photographed through red silk) present themselves for an audience – sporting their finest clothes, yet bound within a domestic setting – blurring boundaries between comfort and transgression, each in a locket-like frame, promising discretion and intimacy, whilst boldly looking out, offering an encounter.

Topophobia: Fear of Place in Contemporary Art (at the Bluecoat, Liverpool)

Repressed Spaces: The Poetics of Agoraphobia by Paul Carter 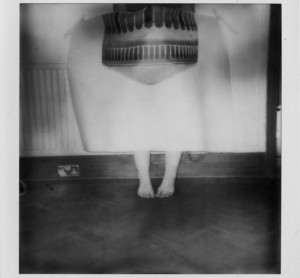 Emily’s work also appeared in the Topophobia exhibition, and I was particularly interested in what she said about dysfunctional spaces (Foucault might call them ‘heterotopias‘).

My practice is loosely linked to how the female body is sexualized in urban environments and agoraphobia is also linked (by Freud amongst others) to women, so this where I wanted to start my research.

“The agoraphobic woman, in Freud’s view, suffers from boundary confusion. She fails to locate her desire within the privacy of the home and allows it to enter her public role as a pedestrian, a worker traveling to her place of employment or consumer.”

Joshua Holmes goes on to write that

“The prostitute becomes a significant symbol of this blurring of the public / private boundary in the modern city. In Westphal’s [Carl Otto Westphal, Austrian psychiatrist c.1870s ] account, his agoraphobic patients were drawn to prostitutes, not so much for sexual reasons but as a source of security when faced with the threat of public places ” (Holmes, J. 2006),

According to the essay even the red lights of the red light districts were comforting to many agoraphobia sufferers, and George Simmel (cited in Levine, D 1971) wrote that “the crowded public space of the modern metropolis lead to spatial retreat into the home for the ‘sensitive and nervous’ modern person.” (Holmes, J 2006)

I started to think about the red light, red light districts, links between the female and home, or the female and safe place, red lights in photography are called ‘safe lights’,  public / private space, public and private sexuality, red traffic lights (more of this later), lights leading one home, men in the city, women in the home, the physicality of the red light, silk lampshades, silk a material associated with sensuality and sexuality, the fold – also linked to femininity, sexuality, the body, privacy.

Pages of my sketchbooks elaborate further…

Folded silk experiments – with some notes on the ‘fold’. The images might be made in to small light boxes (safe lights), hidden around the building. 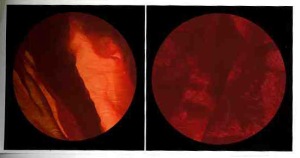 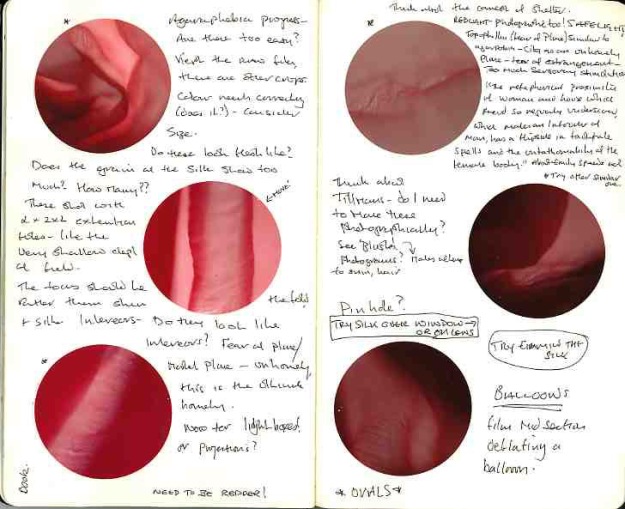 Looking for alternatives to silk I remembered ‘Blushes’ by Wolfgang Tillmans 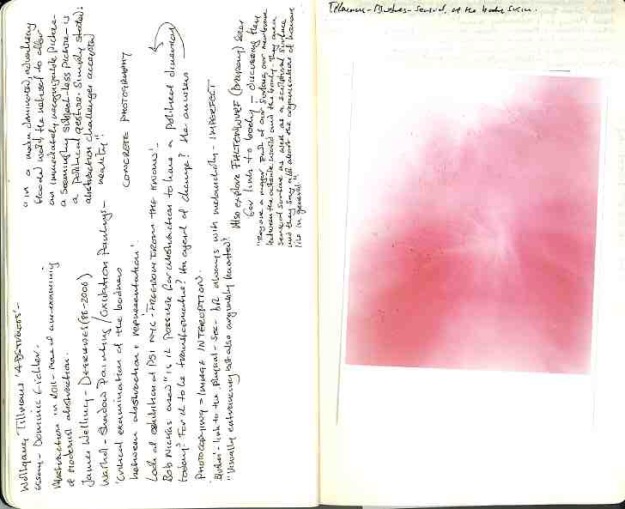 After a bit of a break from the project I decided to photograph through the silk rather than just the silk itself. I tried various objects including sections of wigs, which I liked (remind me of victorian lockets – hence the move to the oval), but have already explored in other projects, and old postcards. 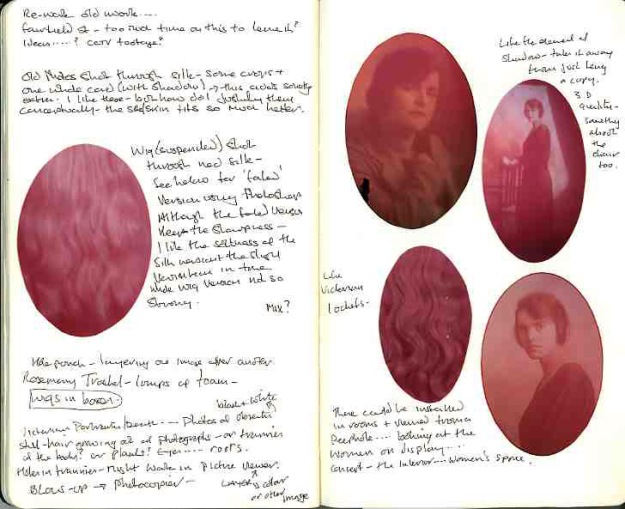 I felt the postcards were working quite well, I chose images of working class women (I will elaborate on this choice later), in studio settings – interestingly all the studio sets are styled ‘domestically’, thus making the link between women and the home – all the women in my set of post cards are literally behind a gate, or a chair…

I’m currently experimenting with a final selection to be made into lightboxes. I would still like to include images of the silk and through the silk. I might make diptychs, like tow images in an open locket. 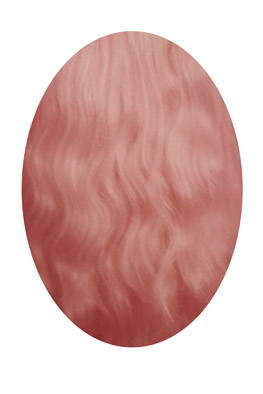 I’ve started to decide which images I’d like to make in to light boxes. I’d really like to include both silk images and postcard images. Looking at my ideal edit I’ve realised that the postcard images make a stronger set across 6 light boxes. 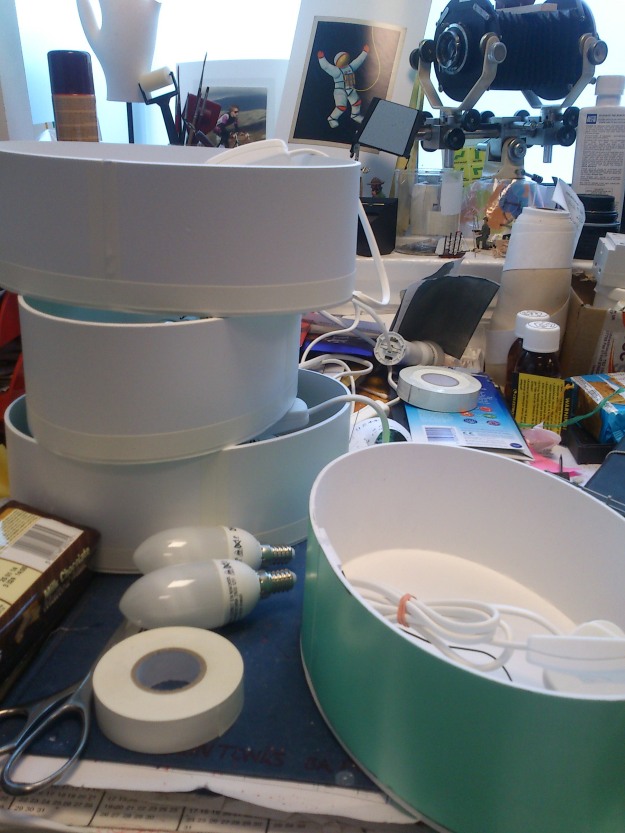 Exploring locations for the light boxes, I’m looking for dark and gloomy corners, there aren’t that many!

The ones that got away…

I didn’t use these images…maybe for a bigger project…

The finished pieces installed around the building. The idea is to get viewers to find them, and whilst looking for them, they’ll encounter bits of the building that maybe unfamiliar. I am happy with how it looks, however, if I were to re-do the light boxes I would try to make the red glow more prominent (or find darker corners – the college is exceptionally well lit!). The red light should really be guiding the viewer (or agoraphobic lost on the street) ‘home’, or to safety. 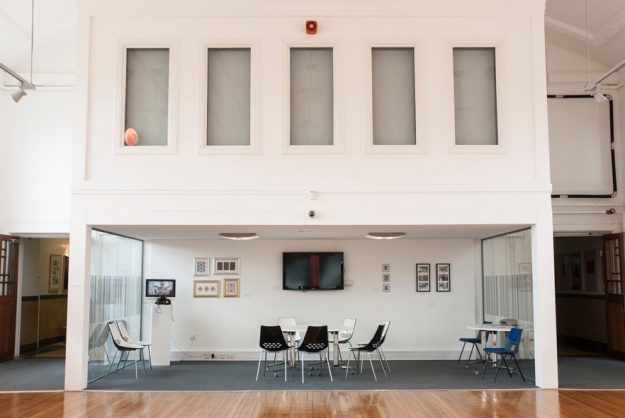