Cabinet of Conversations: One: Room

My practice is informed by the museum, the fairy tale and studying nature. It combines drawing, animation, set building and sculpture. Both the ‘temporary’ and the ‘moving museum’ in art are central interests. So this project, inviting participants to create temporary, on-site interventions responding to the Art College building interior, strongly appealed to me. 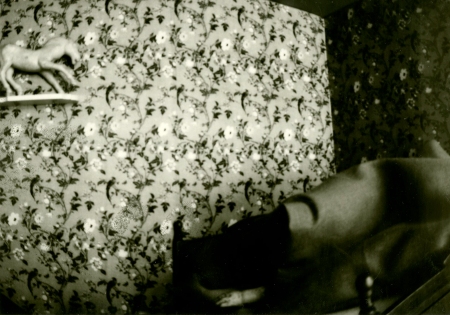 Here are two pinhole photographs I made in the Natural History research lab, the space I selected to show work. I turned the lab into a darkroom for the duration of the project – see images below.

The pinhole exposures were made of the miniature interior I constructed and placed inside the lab space. So the pinhole photographs are images of a space within a space, or an enclosure, within an enclosure. 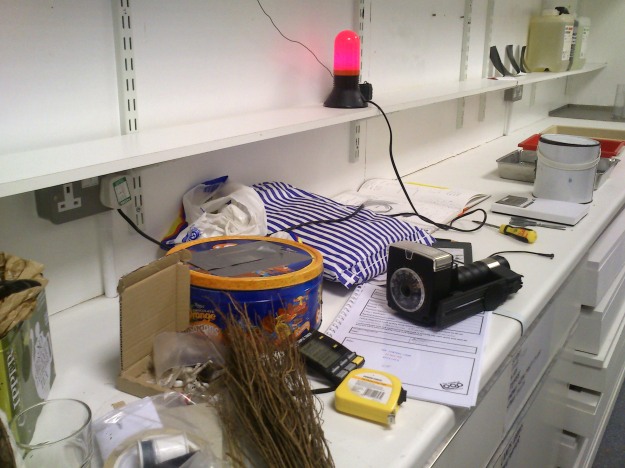 Cabinet of Conversations: One: Room

Recently I have begun recording and collecting subject-specific conversation. In this project, the collecting focused on the condition of “Agoraphobia” and the conversations on this theme are now archived as part of the research. The prefix “agora”, from the Ancient Greek name for “market” or “meeting place”, when combined with the suffix “phobia”, becomes a fear of being in public spaces, sometimes leading to the condition of becoming partly or fully housebound. In extreme cases, this may continue for many years. Researching into this condition informed the method of approach and the construction of images and has provided a platform for further research into working with those suffering from the condition, that I intend to build on.

The work for this project was made to be located in the Natural History research lab (now used for storage of boards and boxes). The space has interested me since beginning to teach at the college this year. It is confined in proportion and traces of its former use are still in evidence: taxidermy, birds’ nests and intriguingly labelled drawers. The work is a room built in miniature, viewable through a picture frame on its exterior. Excepting the frame, it appears to be a plain, enclosed box, similar to others stored on the shelves – but is a space within a space.

The images on the wall in the research lab are of the miniature room, photographed by pinhole camera over one day, during which I decided not to leave the lab – a temporary self-enclosure. Through writing about the miniature representation before I made it, the themes of “Restlessness” and “Dream” emerged. These led the image making and a connected narrative begins to appear. In these pinholes, symbols animal and human, from wallpaper to ornament, connote feelings of enclosure.

The writing below was a way in to the project – a new approach in practice for me that I will re-visit. Reading Hoban’s short story, “The Raven”, in “Murmurations: An Anthology of Uncanny Stories About Birds”, (Royle, 2011) and then his novel “Kleinzeit” (Cape, 1974), inspired me to begin making notes about a room, which at that point, I hadn’t planned to construct. As I wrote more of these descriptions of the room, I wanted to see it appear in space. Then when I built it, I understood that the “picture on the wall” I had written about, represents the exterior presence “looking in” – a central concern of the Agoraphobic condition – and a state resolved in making, through the inclusion of the picture frame viewing window.